Several factors come into play to make the decision on whether the amount will be increased.  I won’t bore you with all of the details but instead will discuss some ways that you can take advantage of one of the most poorly understood investment strategies. 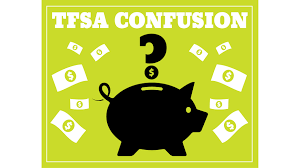 If you’re like the average Canadian, you have heard of TFSA’s and might have one set up with your bank generating a modest .5 – 1% interest rate.  The banks heavily promoted TFSA’s when they first launched at the beginning of 2009 but their focus tended to be on savings plans and GIC’s.  This caused confusion and most people are NOT aware of the fact that a TFSA can be invested into a self-directed plan where the account holder can purchase almost any type of investment security.  This can be determined by an investment questionnaire which will establish your risk tolerance and your financial objectives to define appropriate funds that would be suitable for your TFSA investments.

Some quick facts on TFSA’s

Jeanette Ramnarine resides in Belleville, ON where she and her husband are co-owners of Forward Finances.  Her work and financial advice for families has appeared in various forms of media including newspaper, magazine, blogs and television.  She is a licensed insurance broker and investment advisor, bringing a unique and creative approach to her clients with her knowledge and expertise in estate planning and wealth preservation.